Grand Central Market in Downtown Los Angeles, which has been in continuous operation since 1917, has changed a lot over the decades. Vendors and purveyors have come and gone as storefronts evolved along with the neighborhood’s population.

In recent years, DTLA has seen a renaissance with a refreshing infusion of new art galleries, coffee shops, bars and restaurants — perfect fodder to draw in younger, hipper denizens to the city’s center and its surrounding neighborhoods.

This revitalization has also affected Grand Central Market. Among others, the landmark food hall added two new and much buzzed about tenants last year: G&B Coffee (which started out as a popular pop-up inside SQIRL) and Eggslut (formerly part of LA’s fleet of food trucks). And it just so happens that an almond milk cappuccino from G&B and a breakfast sandwich from Eggslut complement each other very well.

I had a chance to visit Grand Central Market last week and snapped a few photos. 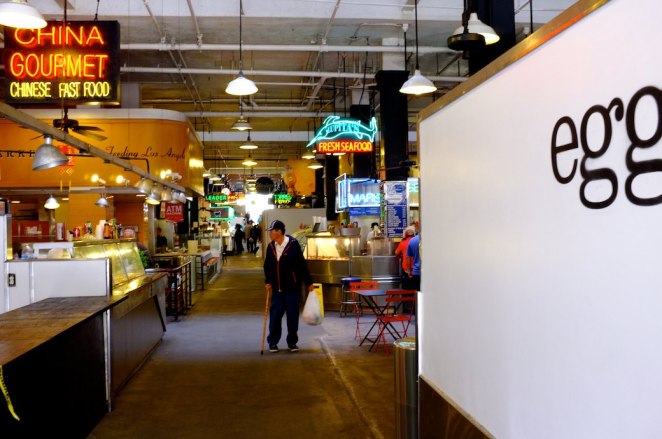 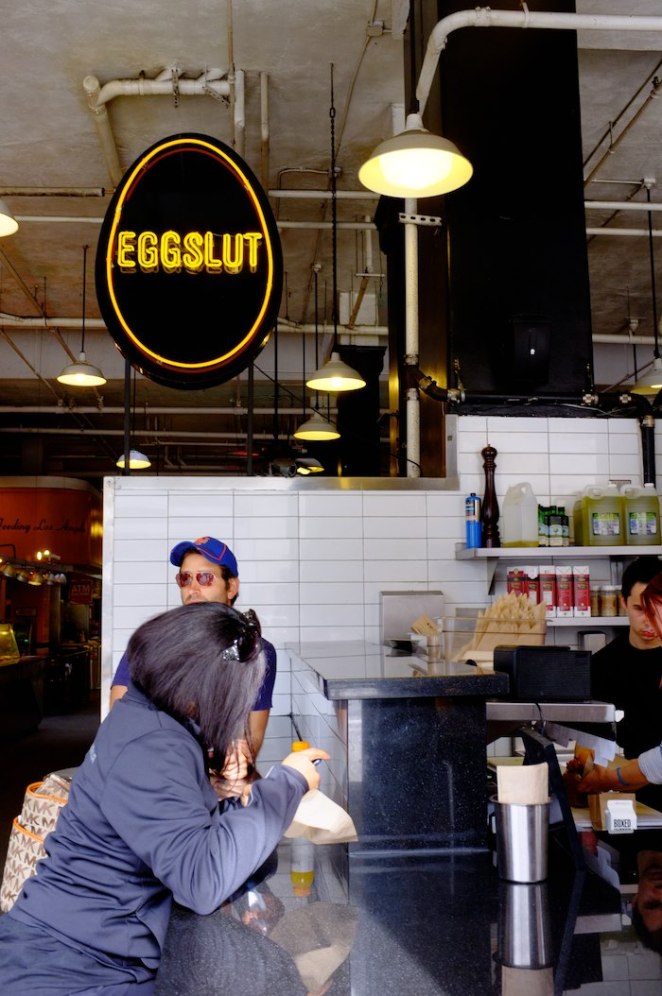